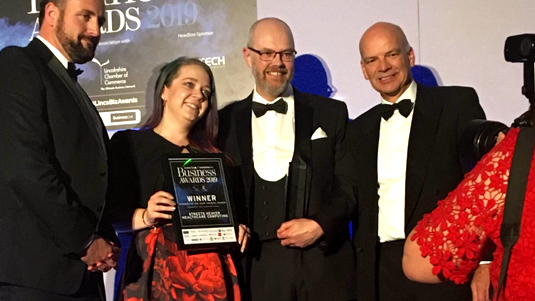 And the winners are… Streets Heaver!

It was quite the night at Lincolnshire Showground as some of the best and most influential names in Lincolnshire business, gathered together to celebrate their success at the Lincolnshire Live Business Awards 2019.

Small, large and family set-ups were just some of the businesses honoured throughout the night, which was hosted by magician and future Dancing on Ice star, Ben Hanlin.

Representing Streets Heaver for the evening was Candy Burton and Geoff Cooke; who gives us his account of the evening. 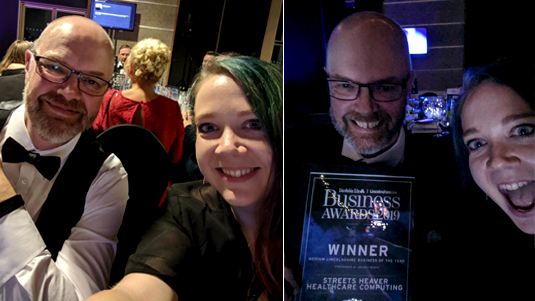 The evening started well with some complimentary bubbly, then we were ushered through to the main hall to find our table. After some wizardry from the evening’s host, magician Ben Hanlin, genuinely baffling us with his tricks, dinner was served.

With the food devoured and washed down with a couple of alcoholic refreshments, it was onto the awards. Both of us relieved to have learned that should we win anything, winners’ speeches would not be required.

The award we were up for, Medium Lincolnshire Business of the Year, sponsored by Bright Media, was one of the later awards to be presented. And we were up against tough competition in the guise of Brook & Mayo and The Elite Fish and Chip Company.

Having watched a short video from each of the nominees, we were announced as the winner! We went to receive the award on-stage, then a few words off-stage to the reporter, before returning to applause and handshakes at our table. 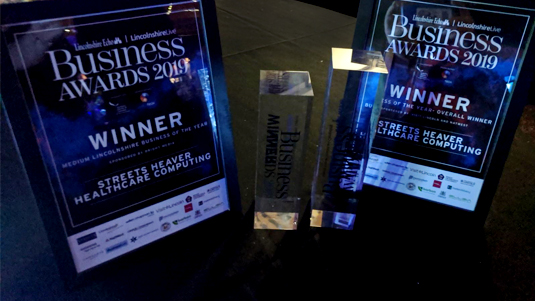 We couldn’t be more proud

Our work for the evening was done. Or so we thought.

Candy began to message those at the workshop the good news. I scoured Twitter for #LincsBizAwards mentions. Meanwhile, the last few awards were announced. Culminating with the Overall Business of the Year, sponsored by Natwest and Visit Lincoln.

Now, neither Candy or I knew we were in the frame for this. And I think it’s fair to say that our surprise on hearing Streets Heaver announced as the winner was entirely genuine. So up we went, back on stage, this time as Overall Business of the Year winners!

To be nominated for an award is a tremendous achievement. To have walked away with two is amazing and a testament to everyone within the business. We should all be immensely proud of these awards and how far we have come.

See more from our blog:

We use cookies to ensure that we give you the best experience on our website. If you continue without changing your settings, we will assume that you are happy to receive all cookies on the site. Read our Privacy Policy to find out more.